The first episode of Nights in Qurtuba: the Yildiz Cycle.

The story of a king who loses everything: his queen, his throne, his life. And that's just the beginning of this tale.

By Timothy Miller at 5:19 PM No comments:

Email ThisBlogThis!Share to TwitterShare to FacebookShare to Pinterest
Labels: news, nights in qurtuba 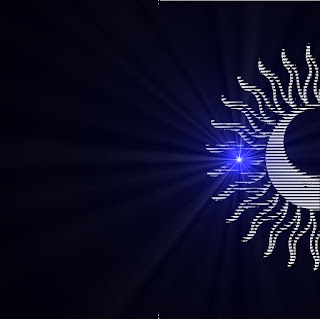 Come inside and eavesdrop on stories told in the Court of the Lions in the days of the caliphate. Listen to the cycle of the forgotten King Yildiz: his dethroning and deaths, his resurrections and struggles for the crown, stories full of bloody battles, hidden treasures, magical creatures and mystical talismans not seen since the age of Suleiman. When the muezzin calls the Maghrib prayer, come inside, come inside.
By Timothy Miller at 3:45 PM No comments:

A hundred years ago

100 years ago today King Tut's tomb was discovered. In celebration here's a nibble from my next Sherlock Holmes tale, The Strange Case of the Pharaoh's Heart

--provided my publisher publishes it: 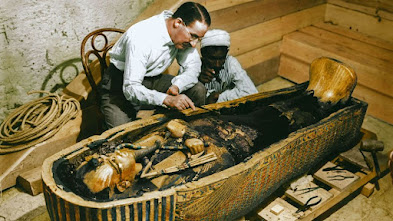 "I have read since that Carter describes it as having a 'sad but tranquil expression.' True enough, but it’s also a bit unnerving, those large eyes staring up at you from centuries past, the oddly delicate, almost feminine features. I will never be quit of that unyielding golden face, nor the unasked question that seems to hang upon his lips."
"
"
By Timothy Miller at 7:17 PM No comments:

Email ThisBlogThis!Share to TwitterShare to FacebookShare to Pinterest
Labels: excerpts, the pharaoh's heart 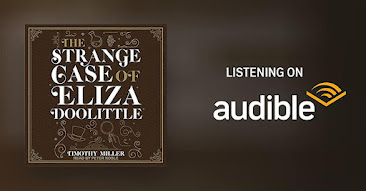 I have been listening to the brilliant rendition of my book The Strange Case of Eliza Doolittle by Peter Noble and I'm just delighted. I hope you will be, as well. This Sherlock Holmes novel available at all the usual suspects, including

...and other letters of the alphabet.

By Timothy Miller at 1:43 AM No comments:

Eliza will be heard 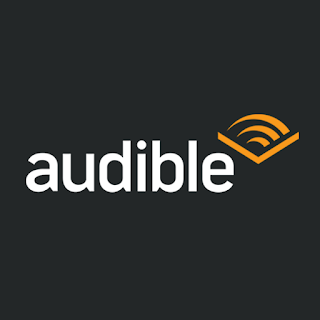 I have had people ask me whether the audio version of The Strange Case of Eliza Doolittle will be available in Audible format.

Lo and behold, it is apparently available in that format for pre-order right now, at the low low price of $12.24, which is a savings of over 5 buckaroos.

I don't know how long it will be available at that price, so hie thee to:

Or if you prefer,

The book is narrated by Peter Noble, who does a fantastic job. I really think you'll enjoy it.

By Timothy Miller at 8:14 PM No comments:

I want you to think of the book you're reading right now as a river, frozen in the night. You can read everything on the surface of the river. That means all the craft
which were yesterday busily plying the river, which have now come to a halt, frozen in place. It means fallen branches and other riverside detritus, partly submerged in the ice. Most important it means the general shape of the river, sinuous and taut at the same time, easily followed and anticipated, at least until the river bends out of sight.

Perhaps you can spot adventurers on the ice, those familiar enough with its depth to risk ice-fishing or skating along, carving out their initials with the blades of their skates.. It's not for everyone, but watching them explore can help you understand the river better.

You can also see something peculiar to you, which is your own reflection, your surroundings, your sky, yourself. You are part of the river, a vital part. You bring your positioning, your angle, your history, without which the river is not complete.

Here's what you rarely glimpse, though, unless you happen to be a writer, versed in a special way of seeing the river of the book. What we see is the the river beneath the ice, still alive, still flowing, still breathing, still teeming with all the aquatic life. We see words not chosen, passages scrubbed, streams converging and parting, rising and falling. We can't see them crystal-clear, of course, but we are always conscious of the book as a living, ever-changing, ever-busy thing, and we understand how mud or sand or rock in the river-bed fashions the entire river, how the entire-eco-system blends.

For the writer, a book is never a finished thing, it's always wriggling in the hand. Is there another way to accomplish this attitude? I can't answer that question yea or nay. I'm not even sure it's useful to the reader, no matter how dedicated. But one thing I'd like you to keep in mind: the book is ALIVE.

By Timothy Miller at 9:35 PM No comments: 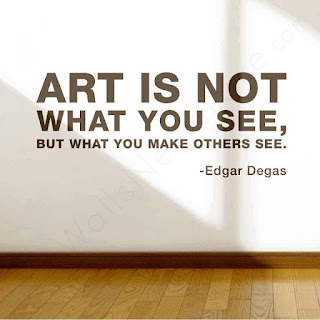 This is my definition of art,

By Timothy Miller at 7:40 PM No comments: 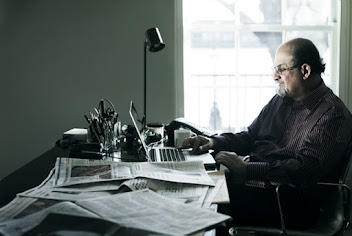 "A sigh isn't just a sigh. We inhale the world and breathe out meaning. While we can."

By Timothy Miller at 4:48 PM No comments:

The truth is, I do a hideous amount of research. This is mainly because my plots are fairly wild, and I use historical facts, from events of worldwide importance to what kind of socks men were wearing that year to anchor my stories in reality.

Am I methodical? Not in the least. Basically I have one text file, into which all my historical facts are thrown like a meat grinder to be turned into sausage later. Some of it's meat, some of it's spice. Would you like a glimpse at some of the ingredients? I thought you might.

Here's a small sampling of my notes (in no particular order) for my present project,

The Strange Case of the Pharaoh's Heart:

They were married in December 1922 Ali Famy

the nearby tomb of King Seti II, with

“Well, sir, if it isn’t too great a liberty, I am a neighbour of yours, for you’ll find my little bookshop at the corner of Church Street, and very happy to see you, I am sure. Maybe you collect yourself, sir. Here’s British Birds, and Catullus, and The Holy War—a bargain, every one of them."

There was a sensational shooting affair at Leeds Tuesday sequel to the death Miss Helen Mary Nind, the music teacher, wha found poisoned in a Leeds hotel during the week-end.

Dr. Scott's results in the examination of the brown marks upon the walls of the tomb are interesting - his examination proves them to be of the nature of mould from infection of some kind.

Arthur Mace never returned to the tomb. He contracted pleurisy which led to pneumonia. He nursed his health assiduoudly, but died in 1928.

Beginning in February 1924, she accompanied Valentino on a trip abroad that was profiled in 26 installments published Movie Weekly over the course of six months`

State - How much fuel you've got. Mother requests, "Say your state". Responded to in the form of hours and minutes of fuel onboard til you "splash". You respond"State one plus two zero to splash" = 1 hours and 20 minutes of flying time remaining.

Flying in the 1920s was also an uncomfortable experience for passengers because it was loud and cold, as planes were made of uninsulated sheets of metal that shook loudly in the wind.

The average journey time by train between Paris Gare de Lyon and Meiringen is 6 hours and 53 minutes, with around 20 trains per day.

The pictures are, of course, research as well, and I download a LOT of them. These I treat with so little method that I usually have to wind up seeking them out again on the internet when I need to consult them. It may seem like chaos, but that's an accurate reflection of my mind. In the end, it's schnitzel.

Email ThisBlogThis!Share to TwitterShare to FacebookShare to Pinterest
Labels: the pharaoh's heart, writers

The Strange Case of Eliza Doolittle is now available  for pre-order from Audiobooks.com in audiobook format (obviously), suitable for listening to, or...listening to louder.

By Timothy Miller at 1:15 PM No comments: 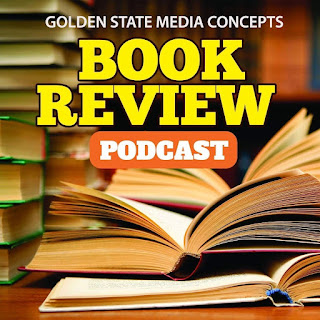 Up for more talk about
The Strange Case of the Dutch Painter, as well as a peek at my nearly-completed next next Holmes epic,
The Strange Case of the Pharaoh's Heart, and even a whisper of what's to come after that?
Then tune into:
Golden State Media Concepts Podcast
for all the lowdown.
By Timothy Miller at 2:39 AM No comments:

Email ThisBlogThis!Share to TwitterShare to FacebookShare to Pinterest
Labels: podcast, the dutch painter, the pharaoh's heart 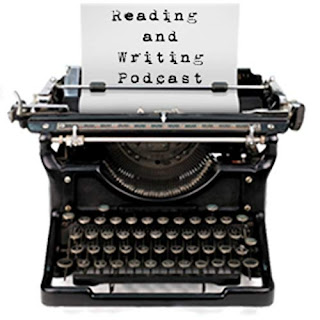 Then hie thee to Readers and Writers Podcast for the double scoop treatment.

By Timothy Miller at 7:14 PM No comments: