Now out, my  speculations on the Vernets in Crimereads. 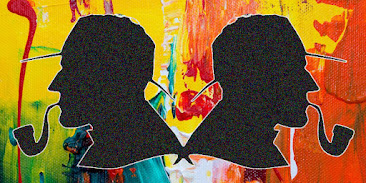 "Nevertheless, at the time the Vernets were a wildly popular tribe of painters, three
generations, connected by marriage to a whole host of other successful French artists. And since there were three generations, Claude, Carl, and Horace, there is some ambiguity as to exactly which Vernet is meant. Since Horace and Carl both feature (in paintings) the aquiline nose and piercing eyes that Holmes also boasts, that doesn’t clear up the question."
Read the whole piece at Crime Reads:
By Timothy Miller at 11:23 AM

Email ThisBlogThis!Share to TwitterShare to FacebookShare to Pinterest
Labels: articles, the dutch painter