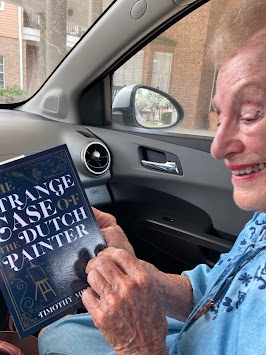 My high school English teacher getting ready to grade my latest paper.

By Timothy Miller at 2:50 PM No comments: 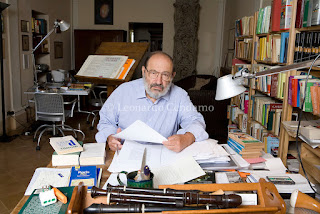 “Until then I had thought each book spoke of the things, human or divine, that lie outside books. Now I realized that not infrequently books speak of books: it is as if they spoke among themselves. In the light of this reflection, the library seemed all the more disturbing to me. It was then the place of a long, centuries-old murmuring, an imperceptible dialogue between one parchment and another, a living thing, a receptacle of powers not to be ruled by a human mind, a treasure of secrets emanated by many minds, surviving the death of those who had produced them or had been their conveyors.”

By Timothy Miller at 8:03 AM No comments: 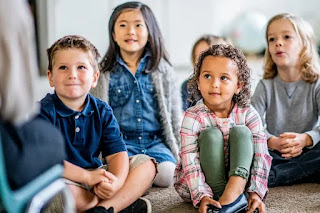 I haven't nagged you about First Book in a while, but they're putting books into the hands of kids who would otherwise go without.

If you can, consider giving. You can learn more HERE.

By Timothy Miller at 7:54 AM No comments:

King Tut and the Bugatti

And then again, some facts in historical mystery are simply a matter of grinding it out. For instance, when you need a car to get your heroes from Luxor to Cairo as quickly as possible. The train simply won't do. This happens in The Strange Case of the Pharaoh's Heart.

First of all, you should realize that without the car, Tutankhamun might never have been discovered. Lord Carnarvon, the sponsor of the dig, was mad for cars early on. The faster the better.

And in 1903, he had the dubious distinction of being in the world's first car crash. A

bad crash, with a crushed skull and a broken jaw, and lacerated lungs, which left him prone to severe lung infections. Doctors recommended he spend his winters in a dry climate--say, Egypt? He fell in love with the place, fell in love with Egyptology, and finally decided to get into the tomb-digging business. He hired a fellow named Howard Carter, and the rest as they say, is history.

But back to my problem. Where to get a car? Our heroes came to Luxor aboard a dahabeah (another whole story). Well, it's true, I could make up any car owned by anybody. I wouldn't even have to name the kind of car. But historical fiction is made up of these thousand details which anchor our stories in reality, and create a bond of trust between writer and reader.

So I decided to make the car Lord Carnarvon's car, left garaged in a tomb (which is where they did keep them) when he went to Cairo and died. So what kind of car would Lord Carnarvon have driven?

This was actually easy to uncover, since Carnarvon was so well known for his love of cars (and horses and yachts). Of course, I could have gone with a Ford, since he had provided one for the dig, but I, wanted a fast car. Before the end of his life, Carnarvon was into Bugattis (although he had just purchased a Bentley, which he never got the chance to take home.)

Bugatti. That's just brimming with sexy. (Although to tell you the truth, I know zero about cars and couldn't tell a Bugatti from a VW Bug.) A Bugatti would do.

But now I needed a Bugatti made before 1923, when Carnarvon died,

And I needed a four-seater, which could carry five in a pinch.

And fast. Faster than a train, which I already knew made the trip from Luxor to Cairo in about ten hours.

Which is about how long it took me to find my Bugatti. (And I get down on my knees and praise the internet every day.) I looked at a lot of Bugattis. Most were two-seaters. Some, for racing purposes held only one. I found a few that might be four-seaters, but I couldn't be sure from the pictures. And while the specs told me what horsepower they were and how many cylinders they had, not a single one mentioned the number of seats.

So as the sun was rising, I found it. The 1923 Bugatti Type 23 Torpedo. Lots of pictures, including one of the back seat.

Sold. That is, if I could just find out--yes! Top speed 62mph. And since my driver is a professional racer, I'm going to posit that she can make it to Cairo in under seven hours. 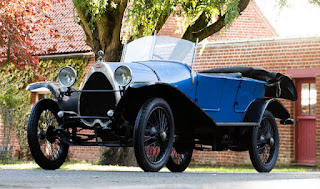 Now I just have to decide whether it gets them all the way there or breaks down in the desert. Which would mean I'd have to get under the hood of the thing.
Um... I'm thinking they make it.
By Timothy Miller at 9:37 AM 1 comment:

Email ThisBlogThis!Share to TwitterShare to FacebookShare to Pinterest
Labels: articles, the pharaoh's heart

Historical fiction thrives in the space between fact and rumor. I'll give you an example from the next Sherlock Holmes novel I'n working on, The Strange Case of the Pharaoh's Heart. There were a number of deaths attributed in the years after Tutankhamun's tomb was opened which were attributed by believers (of whom Conan Doyle was a prominent and vocal member) to "the curse of King Tut."

One of the more violent deaths, in 1924, was that of Hugh Evelyn White, a scholar
and translator of ancient Greek, and a popular lecturer at the University of Leeds. He was also an Egyptologist, and among the first to visit the newly opened tomb in 1923.

His story is quite a gruesome one, and it can be found all over the internet: he wrote a suicide note in his own blood on the wall of his office, blaming the curse for his action, then hanged himself. A terrible realization of the curse.

Except it didn't happen that way. If you take the trouble to read the newspaper obituaries from the time, you find that he stepped out of his house, hailed a taxi, and asked to be taken to the house of a physician, Dr. Maxwell Telling. He would never arrive there.

The driver heard the gun blast (how could he not?) and turned to see White falling forward. He sped to the nearest hospital, but White was pronounced dead an hour later.

He had left a suicide note. Though not in blood, and not mentioning King Tut, it was certainly problematic. Here's how it read:

“I knew there was a curse on me, though I have leave to take those manuscripts to Cairo. The monks told me the curse would work all the same, Now it has done so.”

No one knew what papers he referred to, or who the monks were.

But here's the rest of the story: White was about to appear at the inquest for another suicide, one Mary Helen Ninds, a music teacher, who was desperately in love with Mr. White, and had threatened in a letter to take her own life if he did not return her affections. He had written her back, threatening to go to the police if she threatened suicide again.

Did he feel guilt over the girl's death? Had there been a love affair, or even any relationship at all between the two? Could she have been carrying his child? We can only speculate, and speculation becomes fertile field for a historical novelist. We can let our imaginations run away, stitching together fact with whole cloth.

And where did the story of the bloody suicide note and the hanging surface from? Again we can speculate. First, one must realize that Lord Carnarvon, who paid for the expedition, had sold exclusive rights to coverage of the excavation to the London Times--which meant that every other paper in the world was boxed out of the biggest story in the world, and when journalists don't have a story they will sometimes... make up a story. The whole "curse of King Tut" story was catnip to them, and anything and anyone involved tended to get twisted, exaggerated, aggrandized.

Now how prevalent this wild story might have been at the time is also impossible to say. When I say that you can find the story all over the internet, we all know that the internet loves nothing better than a good story and will spread it like Nutella on a spoon. Ubiquity on the net has nothing to do with authenticity.

But it does have everything to do with fiction. Seeing the kind of wild rumors that were floating around at the time points the way for one's own wild rumors to plant in the story--as long as they are labeled as rumors, not as fact. We have to play fair with the reader.

And the truth is, there are always wild rumors and wild surmises associated with any historical event. Misinformation is not a modern invention. And while we should do our best to separate fact from rumor, our characters are under no such edict. Let them mix it up.

(Don't forget the monks and the papers.)

By Timothy Miller at 2:47 PM No comments:

Email ThisBlogThis!Share to TwitterShare to FacebookShare to Pinterest
Labels: articles, the pharaoh's heart 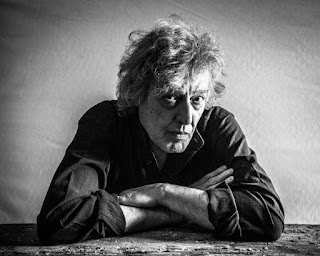 "The whole art of movies and in plays is in the control of the flow of information to the audience. . . . how much information, when, how fast it comes. Certain things maybe have to be there three times."

By Timothy Miller at 1:17 AM No comments: