At War with the Ants 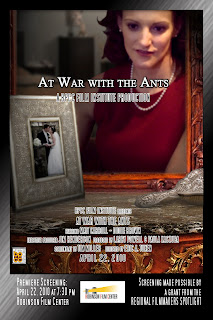 Here's a blast from the past.

A screenplay which I wrote in 2010 was subsequently filmed by our local community college, BPCC. And now, barely 12 years later, there's a trailer up on Youtube. If you're curious, it's called At War with the Ants.

And I guess, just in case you're so wowed by the trailer, that you'd like to see the whole movie, Go Here to buy.

Email ThisBlogThis!Share to TwitterShare to FacebookShare to Pinterest
Labels: news