The Strange Case of the Dutch Painter 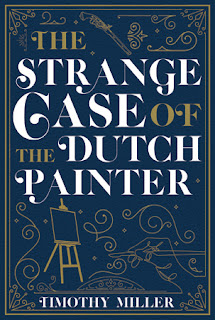 Paris, 1890. When Sherlock Holmes finds himself chasing an art dealer through the streets of Paris, he’s certain he’s smoked out one of the principals of a cunning forgery ring responsible for the theft of some of the Louvre’s greatest masterpieces. But for once, Holmes is dead wrong.
He doesn’t know that the dealer, Theo Van Gogh, is rushing to the side of his brother, who lies dying of a gunshot wound in Auvers. He doesn’t know that the dealer’s brother is a penniless misfit artist named Vincent, known to few and mourned by even fewer.Officialdom pronounces the death a suicide, but a few minutes at the scene convinces Holmes it was murder. And he’s bulldog-determined to discover why a penniless painter who harmed no one had to be killed–and who killed him. Who could profit from Vincent’s death? How is the murder entwined with his own forgery investigation?Holmes must retrace the last months of Vincent’s life, testing his mettle against men like the brutal Paul Gauguin and the secretive Toulouse-Lautrec, all the while searching for the girl Olympia, whom Vincent named with his dying breath. She can provide the truth, but can anyone provide the proof? From the madhouse of St. Remy to the rooftops of Paris, Holmes hunts a killer—while the killer hunts him. 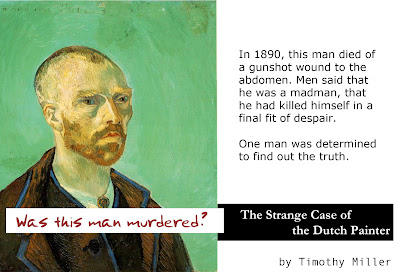 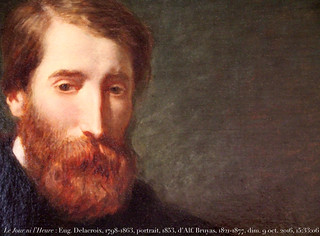 Are these two men related? Or... 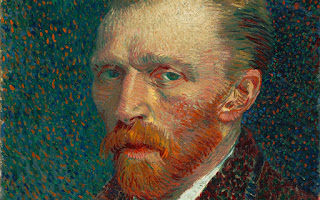 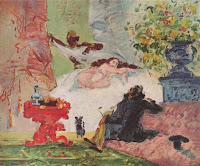 And what do these two paintings have to do with each other?
While the book contains deft Holmesian plotting and a plethora of historical tidbits, the real draw for me is the extraordinary voice of Miller’s narrator: hilariously pompous, erudite, and evocative. The sheer riot of his descriptions captivates and invites readers to linger over the sentences rather than rush headlong through the story. --Trish McEnulty, Historical Novel Society 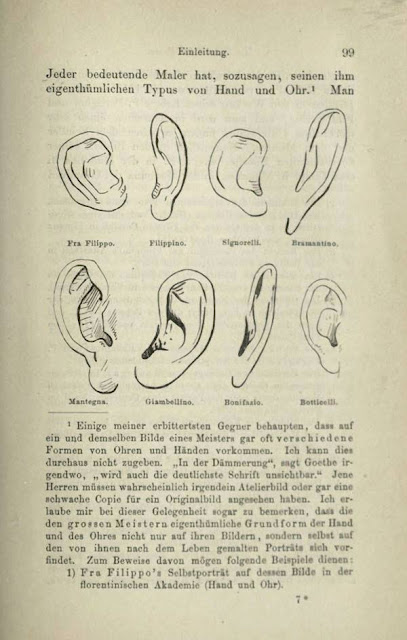 "Between 1874 and 1876 a series of articles on Italian painting was published in the German art history journal Zeitschriftfiir bildende Kunst. They bore the signature of an unknown Russian scholar, Ivan Lermolieff, and the German translator was also unknown, one Johannes Schwarze. The articles proposed a new method for the correct attribution of old masters, which provoked much discussion and controversy among art historians. Several years later the author revealed himself as Giovanni Morelli, an Italian (both pseudonyms were adapted from his own name). The 'Morelli method' is still referred to by art historians."
--from Morelli, Freud and Sherlock Holmes: Clues and Scientific Method
by Carlo Ginzburg
I hope Miller continues . . . he had great fun with Eliza Doolittle . . . and it will be interesting to see what his next book's about. . --Peter Blau, Sherlockians and Doyleans.